Peter J. Dunne is a St. Louis native who received his B.A. in History from Saint Louis University in 1978 and his J.D. from the University of Missouri-Columbia in 1983. He was admitted to the Bar of the State of Missouri in 1983 and the Illinois Bar in 1986. He is admitted to practice before the Supreme Court of the United States, the United States Court of Appeals for the 8th Circuit and the United States District Courts of Eastern and Western Missouri and the Southern and Central Districts of Illinois. His Martindale-Hubbell rating is AV.

Peter obtained his certificate as a mediator from the University of Missouri Center for the Study of Dispute Resolution in 1995.  Over the past twenty five years, he has been certified as a mediator in the United States District Court for the Eastern District of Missouri, and in the Circuit Courts for both the City of St. Louis and St. Louis County.  He has successfully mediated hundreds of lawsuits and other disputes for both plaintiffs and defendants.  He is affiliated with Alaris ADR Services for both mediations and arbitrations and is available for both in-person and on-line dispute resolution services.

Peter is a Member of The Bar Association of Metropolitan St. Louis (Chair, Municipal Law and Practice Committee 1992-1993); The Lawyers Association of St. Louis (President, 2002); and the International Association of Defense Counsel. He served as President of the Eastern Missouri/Southern Illinois Chapter of the American Board of Trial Advocates from 2010 to 2011.

Peter is an adjunct faculty member at Webster University in the Legal Studies Program since 2003. He also has taught advanced trial practice at the St. Louis University School of Law for the past 10 years. He is a volunteer lawyer for Legal Services of Eastern Missouri and is a frequent speaker at CLE programs on litigation and trial practice. He has tried over 180 cases to jury verdict in State and Federal courts and concentrates his practice on the defense of general civil litigation with an emphasis on defending civil rights suits against police officers.

In thirty five years as a lawyer, Peter Dunne has tried over 180 jury trials to verdict in the State and Federal courts of Missouri and Illinois.

Peter Dunne has been a certified Mediator for over 24 years.  He has successfully mediated hundreds of state and federal court lawsuits and other non-litigation disputes relating to personal injury, employment, civil rights, professional liability and malpractice, business disputes and other damages claims. 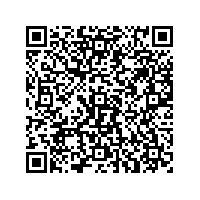 "I often wonder whether we do not rest our hopes too much upon Constitutions, upon laws and upon courts. These are false hopes; believe me, Liberty lies in the hearts of men and women; when it dies there, no constitution, no law, no court can save it."