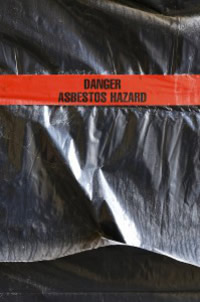 This study, published online Aug. 28, 2011, in Nature Genetics, describes two U.S. families with a high incidence of mesothelioma, as well as other cancers, associated with mutations of the BAP1 gene.  The research was funded by the National Cancer Institute (NCI), part of the National Institutes of Health, and led by scientists at the University of Hawai’i Cancer Center, Honolulu, and Fox Chase Cancer Center, Philadelphia, including Dr. Michele Carbone and Dr. Joseph Tesla.

Dr. Michele Carbone, Professor and former Director of the University of Hawai’i Cancer Center,  believes that not only is the BAP1 genetic mutation capable of increasing the risk of developing mesothelioma and other forms of cancers with asbestos exposure, but also that it can directly cause mesothelioma. Dr. Tesla noted this was the first study to demonstrate that individual genetic makeup can greatly influence susceptibility to mesothelioma. Dr. Tesla opined that it is likely that other genes, in addition to BAP1, will be found to be associated with elevated risk of mesothelioma.

The study found evidence that some people with BAP1 gene mutations also developed breast, ovarian, pancreatic or renal cancers, suggesting the gene mutation may be involved in multiple cancer types.

The BAP1 Defense in Action

The BAP1 defense has only been argued in a few cases nationwide. In the recent case of Ortwein v Certainteed Corporation in Alemeda County, California Superior Court, Judge Jo-Lynne Lee granted defendant Certainteed’s motion to compel production of lung tissue samples from decedent Holly Ortwein for genetic testing. Judge Lee had not addressed whether the results of the genetic testing would be admissible as evidence. Judge Lee reasoned that since decedent had died from her illness, she no longer had a legally recognizable interest in her genetic information. The Court indicated that a person “owns” their own genetic information, meaning the remaining plaintiffs don’t have a legal interest in Ortwein’s genetic information. In her Order, Judge Lee stated, “It then follows that one person cannot have a constitutionally protected privacy interest in another person’s genetic information because any such interest would interfere with the owner’s right to control the use and disclosure of their own genetic information”.

Dr. Tesla submitted a declaration in the Ortweins’ case explaining that BAP1 gene mutation prevents the patient’s proteins from acting as tumor suppressors when cancer is detected. Tesla, however, disagreed with Carbone that mesothelioma can be caused absent exposure to asbestos.

A little closer to home, Georgia Pacific introduced the BAP1 defense in Bergstrom v. 84 Lumber, et al., 1322-CC09325, which was filed in St. Louis City Circuit Court. Prior to Georgia Pacific’s dismissal from the suit, defense counsel introduced the BAP1 defense when they filed a motion for an order compelling a blood examination from plaintiff David Bergstrom for genetic testing. In their motion to compel examination, they relied on Missouri Supreme Court Rule 60.01, which states that when the physical condition of a party is in controversy, the court may require the individual to submit to blood examination. Georgia Pacific argued that Bergstrom’s physical condition was put in controversy when he alleged that he suffers from mesothelioma caused by exposure to Georgia Pacific’s products. Plaintiffs’ counsel argued the BAP1 defense was without medical support.

Judge Robert Dierker granted Georgia Pacific’s motion compelling Bergstrom to submit to blood examination for purposes of genetic testing. However, Judge Dierker’s Order stated the test was to be conducted by Prevention Genetics, which is only authorized to test for a BAP1 gene mutation. Upon completion, the lab was ordered to share the results with Georgia Pacific and the Bergstroms’ counsel. Prevention Genetics also was ordered to destroy or turn over all of Bergstrom’s blood samples and results to his treating physician. The confidential results of the genetic testing were not submitted as evidence on the record.

The existence of the BAP1 gene mutation raises several questions in asbestos related cases, including the admissibility of genetic testing. If genetic testing is allowed and a plaintiff has the BAP1 mutation, the defendants could argue that the gene mutation, not asbestos exposure, caused plaintiff’s disease. Would defendants have the same duty to warn an individual with the BAP1 mutations as the general population? While it is too early to know the ramifications of this defense, it is clear that in certain asbestos related cases, the BAP1 defense will change the usual discovery process and likely raise even more questions.