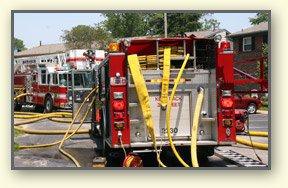 The Monarch Fire Protection District (“The District”), and two members of its Board of Directors (“Directors”), recently prevailed on a Motion for Summary Judgment prepared and filed by Pitzer Snodgrass. District Court Judge Rodney W.  Sippel, issued an Memorandum Order on August 6, 2013, dismissing the pending Complaint, filed by three former chief officers of the District.

Finding of the Trial Judge:

In Judge Sippel’s thorough opinion,  he held the District was protected by the doctrine of sovereign immunity, which shields political subdivisions from liability absent a statutory waiver. Further, Judge Sippel found the named Directors were entitled to official  immunity, because the act of terminating an employee is discretionary in nature, and is shielded by qualified immunity, because the Directors had no objectively reasonable basis to know the termination of Plaintiffs would violate a constitutional right.   Moreover, Judge Sippel found that under Missouri law, Plaintiffs failed to establish the existence of a constitutionally protected property interest in their continued employment. Rather, as Defendants successfully argued, the Plaintiffs were “at will” employees and could be fired for any reason, not illegal.