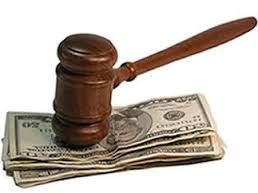 In the case of Lillian M. Lewellen v. Chad Franklin and Chad Franklin Auto Sales North LLC, No. SC92871, (Mo. banc Sept. 9, 2014), the Supreme Court of Missouri recently struck down Missouri’s statutory cap on punitive damages (Mo. Rev. Stat. § 510.265) for all common law causes of action that existed before Missouri’s Constitution was adopted.  In short, the Court held the cap on punitive damages was unconstitutional as applied to all causes of action existing at common law before 1820.  The Court previously held the statutory cap applied to causes of action created after 1820 (i.e. claims created by statute).  See Lewellen, at *8, fn 9.

In Lewellen, the plaintiff sued Mr. Franklin and National in the Circuit Court of Clay County, Missouri, under theories of fraudulent misrepresentation and for fraudulent business practices under the Missouri  Merchandising Practice Act (MMPA), section 407.010, et seq. RSMo.  According to the Court’s opinion, the plaintiff visited the Defendants’ car dealership after learning about an advertised vehicle purchase program.  The plaintiff alleged that during the vehicle purchasing process, the terms of the purchase program were not fully disclosed to her, that she was reassured by the dealership’s employees that the as-advertised program applied. Ultimately, after purchasing the vehicle, the terms were not honored.

During the course of discovery, the Court noted Mr. Franklin repeatedly failed to appear for depositions personally or as a representative of National and, as a result, the trial court sustained the plaintiff’s motion for sanctions.  By the trial court’s order, the defendants’ pleadings and affirmative defenses were struck and, at trial, the Defendants were limited to defending only the claimed damages.  The trial was bifurcated.  During phase one, the jury determined the amount of compensatory damages and whether Mr. Franklin and National were liable for punitive damages.  In the second phase, the jury determined the amount of punitive damages for which they were liable.

The Supreme Court of Missouri held Section 510.265 RsMo. violates an individual’s right to due process and a jury trial for all claims existing at common law before 1820, which was when Missouri’s Constitution was adopted.  The Court relied upon its previous ruling in Watts v. Lester E. Cox Medical Centers, 373 S.W.3d 633, 638 (Mo. banc 2012), which struck down Missouri’s cap on noneconomic damages in medical malpractice cases.  In a footnote to the Courts Lewellen opinion, it noted the Missouri General Assembly is free to cap punitive damages claims for statutory claims (i.e. the MMPA) and cited its prior ruling in Estate of Overbey v. Chad Franklin Nat’l Auto Sales N., LLC, 361 S.W.3d 3654, 375-81 (Mo. banc 2012) for that proposition.