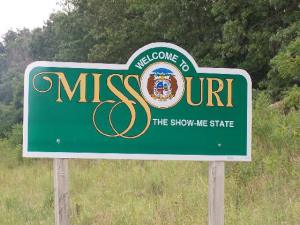 When evaluating a claim for medical malpractice, the potential exposure is a key consideration for both health care provider and defense counsel.  Until recently, plaintiffs could receive unlimited non-economic damages awards in medical malpractice lawsuits for personal injury filed in Missouri.  See, Watts v. Lester E. Cox Medical Centers, 376 S.W.3d 633 (Mo. banc 2012).  Such unlimited damages may afford plaintiff a windfall, expose health care providers to unpredictable jury verdicts, and increase the overall cost of health care.  However, the Missouri legislature has recently reinstated damage caps with Senate Bill No. 239, which was signed into law by Governor Jay Nixon on May 7, 2015, and takes effect on August 28, 2015.

The Missouri legislature has pursued tort reform over the past several years, which has brought meaningful change, but has also caused confusion regarding when damage caps are available at trial.  In Lilian M. Lewellen v. Chad Franklin and Chad Franklin Auto Sales North LLC, 441 S.W.3d 136 (Mo. banc 2014), the Supreme Court of Missouri struck down Missouri’s statutory cap on punitive damages for all common law causes of action that existed prior to the adoption of Missouri’s Constitution in 1820.  The Court’s rationale was that the statutory cap violated an individual’s right to due process and a jury trial for all claims existing at common law before 1820, when Missouri’s Constitution was ratified.  However, the Court had previously held that claims brought under statutes created by the legislature could be subject to damage caps.  Estate of Overbey v. Chad Franklin National Auto Sales North, LLC, 361 S.W.3d 364 (Mo. banc 2012).  Therefore, whether a damage award could be capped was dependent upon whether the cause of action arose under the common law or was created by statute.  Under this framework, any cause of action brought under a statute, such as wrongful death against health care providers, was subject to limited damages, while any cause of action brought under the common law, such as personal injury medical malpractice claims against health care providers, could not be limited by damage caps.

The Missouri Legislature recently voted to reinstate damage caps in medical malpractice cases with the passing of Senate Bill No. 239.  The bill creates a statutory cause of action for claims against health care providers and abolishes the common law cause of action.  Requiring plaintiffs to bring claims against health care providers under a statute, rather than the common law, allows the Legislature to limit damages by using the framework set forth by the Missouri Supreme Court.  With this law, health care providers and their counsel are better able to evaluate the value of a claim and more meaningfully engage in settlement

Under the new law, plaintiffs are unable to receive an award of more than $400,000 in non-economic damages in medical malpractice claims, irrespective of the number of defendants.  The Legislature has also created a separate damage cap for cases classified as “catastrophic personal injury.”  The cap for catastrophic claims is increased to $700,000, irrespective of the number of defendants.  The statute defines “catastrophic personal injury” to include cases of quadriplegia, paraplegia, loss of two or more limbs, brain injuries involving permanent cognitive impairment, irreversible major organ failure, and severe vision loss.  These damage amounts were previously unlimited, which created increased exposure and risk at trial for health care defendants.  The act also adjusts the statutory cap on non-economic damages in actions against health care providers for wrongful death from $350,000 to $700,000.  Once again, this limit is irrespective of the number of defendants.  The statutory caps will increase each year at a rate of 1.7%, effective January 1 of each year.

The caps apply to all “non-economic” damages, which include claims for pain and suffering, mental anguish, inconvenience, physical impairment, disfigurement, loss of capacity to enjoy life, and loss of consortium.  The caps do not apply to compensation for any “economic” losses, such as the cost of past and future medical treatment or past and future lost wages.  The caps also do not limit jury awards for punitive damages, which are defined in Missouri as damages intended to punish or deter willful, wanton, or malicious misconduct.  In Missouri, punitive damages are considered extraordinary and harsh, and should be awarded sparingly.  See, Rodriguez v. Suzuki Motor Corp., 936 S.W.2d 104 (Mo. banc 1996).

If a jury returns a non-economic damage award in excess of the applicable cap, the party wishing to limit the award must file a post-trial Motion requesting application of the statutory cap.  Only at that point in time shall the trial court determine whether the increased limitation for catastrophic claims applies to the facts of the case, allowing for a maximum of $700,000 in non-economic damages.  Health care providers have witnessed several changes over the last several years in the area of tort reform.  The enactment of Senate Bill No. 239 is a protection for health care providers, which will serve to help providers and their counsel better evaluate claims for personal injury brought against them.