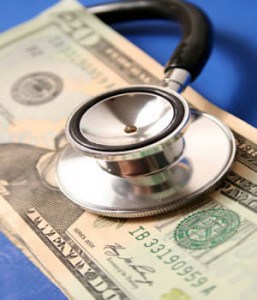 One of the most monumental decisions in the medical malpractice world in Missouri was handed down by the Missouri Supreme Court in Deborah Watts v. Lester E. Cox Medical Centers, et al., 376 S.W.3d 633 (Mo. 2012), on July 31, 2012. As most in the medical malpractice community are aware, the case held the cap on non-economic damages of $350,000 for medical malpractice actions found in Mo. Rev. Stat. § 538.210 unconstitutional. This cap had been in place and upheld by Missouri Courts since August 28, 2005. Given that the Watts case only addressed the constitutionality of the cap on non-economic damages in a personal injury case, the Court’s decision left the medical malpractice legal community attempting to determine whether or not the decision affected wrongful death cases. Given the language found in the Watts opinion focusing only on common law actions, and given the rationale used in upholding the cap in wrongful death cases decided prior to Watts, it is the opinion of this author that the wrongful death non-economic damages cap remains intact.

Watts provided the perfect test case for the non-economic damages cap on medical malpractice actions from the plaintiff’s perspective. Deborah Watts filed on behalf of her infant son, Naython Watts, alleging he suffered disabling brain injuries as a result of negligence committed by Cox Medical Centers and its associated physicians. Deborah Watts received prenatal care from Cox Medical Centers and was seen on October 30, 2006, due to cramping and her detection of decreased fetal movement. The jury found that the treating physician failed to perform appropriate tests, failed to notify Watts of the significance of decreased fetal movement and failed to perform any further diagnostic monitoring. Two days later, Watts was admitted to the hospital with lack of fetal movement. Although a Caesarian section delivery commenced, Naython Watts was born with catastrophic brain injuries due to fetal hypoxia and acidosis.

At the conclusion of trial, the jury awarded damages of $1.45 million in non-economic damages and $3.371 million in future medical damages. The non-economic damages were reduced to $350,000 by the trial court pursuant to Mo. Rev. Stat. § 538.210, and plaintiff appealed, claiming the reduction and application of the cap was unconstitutional since it violated the right to trial by jury found in article I, § 22(a) of the Missouri Constitution and several other portions of the Missouri Constitution. The Court found the non-economic cap of § 538.210 unconstitutional for infringing on the jury’s constitutionally protected purpose of determining the amount of damages sustained by an injured party. Id. at 636. In doing so, the Court also overruled its own prior decision of Adams By and Through Adams v. Children’s Mercy Hosp., 832 S.W.2d 898 (Mo. Ban 1992), wherein the Court had upheld the cap.

In discussing the rationale for its ruling, the Court specifically referenced the long history of the inviolate right to trial by jury for actions arising under Missouri common law. Article I, § 22(a) of the Missouri Constitution provides for a trial by jury as “heretofore enjoyed.” Noting that the Constitution was enacted in 1820, the Court undertook an analysis of the history of Missouri common law remarking that Missouri’s common law is based on the common law of England and that English common law recognized medical negligence as one of the five types of “private wrongs.” Id. at 638. Civil actions for personal injury damages had long been considered personal wrongs tried by civil juries. Using the history of Missouri common law, the Court stated “if Missouri common law entitled a plaintiff to a jury trial on the issue of non-economic damages in a medical malpractice action in 1820, Watts has a state constitutional right to a jury trial on her claim for damages for medical malpractice.” Id. at 638.

Noticeably absent in the Court’s rationale for striking down the cap as unconstitutional, was the mention of statutory causes of action, such as wrongful death actions. Nonetheless, in my opinion, the Court will continue to uphold the cap on non-economic damages for wrongful death actions. The same Court had decided Sanders v. Ahmed, 364 S.W.3d 195 (Mo. 2012), in April of 2012, only a few months prior to its Watts decision. In Sanders, the Missouri Supreme Court unequivocally upheld the cap in a wrongful death medical malpractice action. The Court noted that it did not need to decide whether or not the Adams case upholding the cap under common law was correct, since this case involved a statutorily created cause of action. Specifically, the Court indicated “Missouri does not recognize a common-law claim for wrongful death.” Id. at 201. The Court concluded by upholding the cap on non-economic damages holding that the legislature has the power to define the remedy available if it created the cause of action. Id.